Successful completion of the
“Save the Wave” project

Fish mistaking plastic debris in ocean for food, study finds. Behavioural evidence suggests marine organisms are not just ingesting microplastics by accident but actively seeking them out as food!
Fish may be actively seeking out plastic debris in the oceans as the tiny pieces appear to smell similar to their natural prey, new research suggests. The fish confuse plastic for an edible substance because microplastics in the oceans pick up a covering of biological material, such as algae, that mimics the smell of food, according to the study published in the journal Proceedings of the Royal Society B. 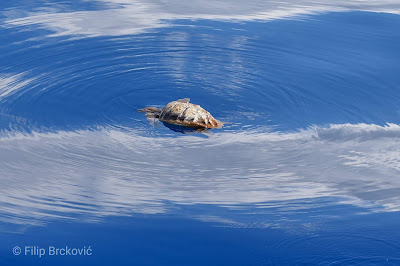 Scientists presented schools of wild-caught anchovies with plastic debris taken from the oceans, and with clean pieces of plastic that had never been in the ocean. The anchovies responded to the odours of the ocean debris in the same way as they do to the odours of the food they seek.
The scientists said this was the first behavioural evidence that the chemical signature of plastic debris was attractive to a marine organism, and reinforces other work suggesting the odour could be significant.

The finding demonstrates an additional danger of plastic in the oceans, as it suggests that fish are not just ingesting the tiny pieces by accident, but actively seeking them out.
Matthew Savoca, of the National Oceanic and Atmospheric Administration and lead author of the study, claims: “When plastic floats at sea its surface gets colonised by algae within days or weeks, a process known as biofouling. Previous research has shown that this algae produces and emits DMS, an algal based compound that certain marine animals use to find food. The research shows plastic may be more deceptive to fish than previously thought. If plastic both looks and smells like food, it is more difficult for animals like fish to distinguish it as not food.”
Plastic debris in the oceans, ranging from the microscopic to large visible pieces, is recognised as a growing problem as it does not readily degrade and hundreds of thousands of tonnes are dumped in the sea annually. Larger pieces have been found in the intestines of whales and seabirds, where they are thought to be potentially fatal, while the smallest pieces have been detected in the guts of even juvenile fish and molluscs. Numerous species of fish eaten by humans have been found to contain plastic, and the effect of eating these on human health is still unknown.

Efforts to reduce marine plastic have so far had little effect: microbeads widely used in cosmetics and other products have been banned in the US, the UK and other countries, but they only solve part of the problem, which is mainly caused by dumping of plastic rubbish. There could be more plastic than fish in the sea by 2050, campaigners have warned.

Scientists have struggled to understand exactly how the massive increase in plastics may be affecting the behaviour of fish and marine ecosystems, and how to contain the problem.
A previous paper published in the journal Science that alleged juvenile fish were attracted to microplastics “like teenagers after junk food” was withdrawn earlier this year after controversy. The scientists involved in that paper, who have no relation to the authors of today’s study, were suspected of having exaggerated their data or failed to carry out the purported experiments properly. The new paper did not draw on that publication.
(Source: the Guardian, August 2017)

The Croatian group of participants to the “Save the Wave” project meeting, held from 13th to 19th September on Madeira island in Portugal, witnessed a sea turtle struggling in vain to dive into the ocean because of the plastic swallowed in its stomach. The sad event happened during a dolphin watch tour organized as part of the project activities of the 3 national groups from Croatia, Portugal and Greece under the frame of the Erasmus+ Youth Exchanges program. 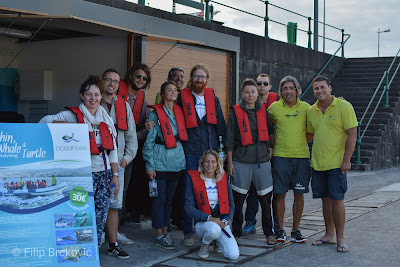 The spectacle became even more dramatic when the Croatian young people realized that bureaucracy and lack of directions in emergency cases like that, are a serious obstacle obviously not only in Madeira, but in many other countries as well. 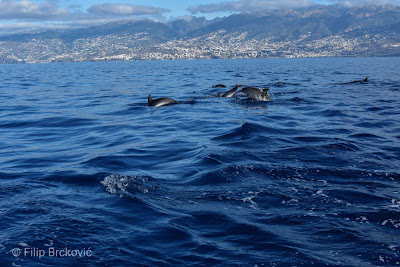 The objectives of that second and last meeting of the 3 national groups were to discover how much effort each participating country makes to fight plastic pollution, and which policies they develop and implement for the preservation of marine.
The three groups have also explored and researched, under the coordination of the Croatian organization “Udruga Prizma” and the support of the partner organizations “Teatro Metaphora” in Portugal and “Dione” local development centre in Greece, about their national poets, painters, sculptors, artists, who are deeply connected with nature and sea. 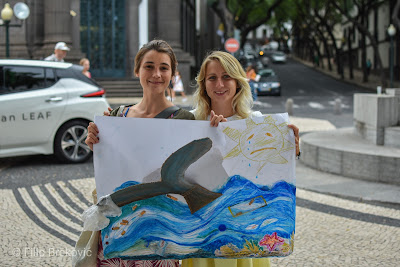 The conclusion of that project meeting was that we, like the Fall and the Drop, are all part of the same chain… 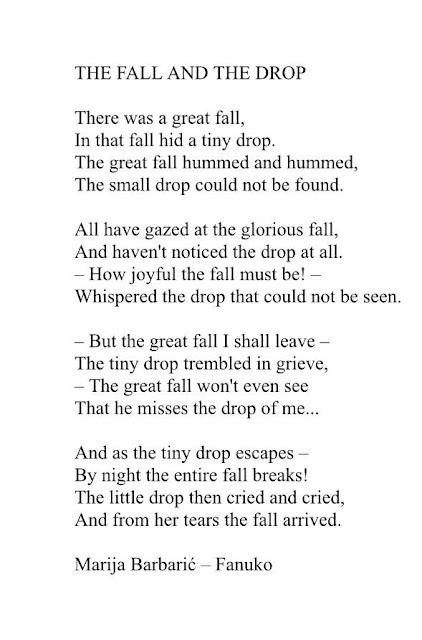