“Green Life for a Healthy Life”

The successful Youth Exchange that took place from 21 to 30 August in proved that there are alternative ways to live healthy and to do business effectively in the modern world, in balance with the environment and without threatening the natural resources. 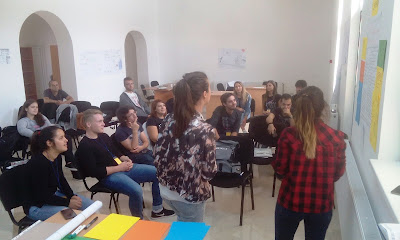 “Green Teach Association” in Candesti (Dambovita county, ) and “Dione” Local Development Centre in Ancient Olympia ( county, ), joined forces to raise awareness among the young people in both countries on the need to exploit the renewable resources and protect the environment.

The 16 Romanian and Greek participants, aged between 17 and 25 years old, will apply the learning outcomes obtained during the project in order to suggest sustainable solutions to the problems of their communities in the field of environmental protection. 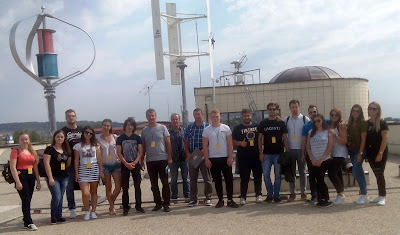 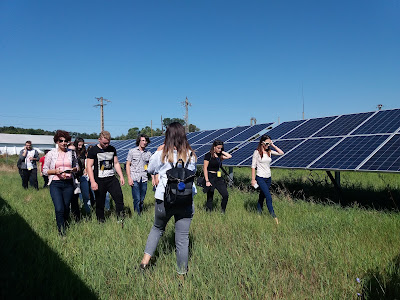 The “Green Teach Association”, as the Project Coordinator, had hosted from 9 to 12 July in Candesti the founder and general manager of “Dione”, Vaso Charitopoulou, for the needs of the Advanced Planning Visit, during which all the project parameters were discussed in detail.
The meeting was organized by the “Green Teach Association” President, Irina Constantinescu.
The Advanced Planning Visit’s program included a fruitful meeting with the Mayor Popa Georgeta at the City Hall, who explained the challenges and problems faced by the local community and how the Municipality manages to overcome the difficulties and secure a good way of life for the residents. 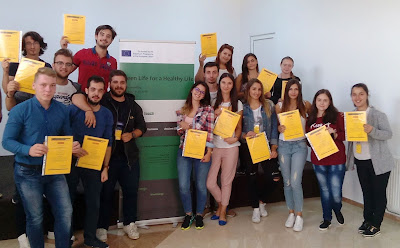 The “Green Life for a Healthy Life” project is implemented under the Erasmus+/ Key Action Learning Mobility of Individuals programme.


The participants received the Youthpass Certificate after the completion of the Youth Exchange.


Elis (Illia), in western Greece, is notably known for its vast land area that is hugely forested, and mainly occupied by pine trees towards the south. The forest extends far into Foloi and the mountain ranges of Eastern Elis. The region comprises of seven (7) municipalities including the capital, Pyrgos which is the largest and most populated city in the region.

About 30 km away from Pyrgos, just along the Ionian Sea, lies a beautiful small town called Zacharo. The town is the capital of a municipality comprising of eighteen (18) other districts. Though relatively not so rich in the abundance of ancient remains and history, Zacharo was once the capital of the historical Arini, and was established as an organised residential complex after its release in 1821. The excellent archaeological sites, the Springs of Kaiafas, the beautiful sandy beach and the ever-growing tourism infrastructure make the city lively with incredible natural beauty and huge archaeological interest.

Being the commercial and financial centre of the region, Zacharo serves as a connecting point for Patras—Pyrgos—Kalamata, thus is easily accessible for visitors coming from different nearby regions and places. The town possesses a quite mild climatic condition allowing most residents to engage in agricultural activities as their key occupation. 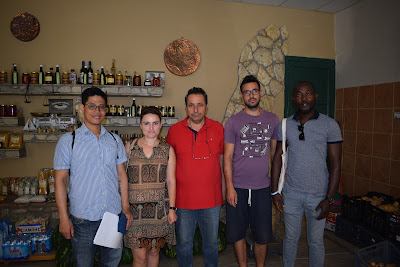 The economic strength of the local economy of Zacharo lies in the agricultural and tourism sectors, with the agricultural sector making up for tremendous portion of local residents’ income. Agricultural activities are concentrated mainly in the cultivation of olive oil, raisins, tomatoes, vegetables, wine (red, white and rosé) and legumes. Zacharo is rich in different varieties of olive trees, especially, the Koroneiki, which is one of the most distinguished not just in Zacharo but in most part of Greece. The olive oil produced here is of extra-virgin quality and is mostly exported to foreign markets. Zacharo tomato, on the other hand, is noted for its sweetness and huge size.

Over the past 10 years, Zacharo’s local economy has continued to experience slow or no growth as part of the upshots of the debt crisis of the national economy. The concentration of economic activities and the high dependence of the local economy on agricultural and tourism sectors seem to pose a fundamental problem to the local economy since these activities are highly seasonal. Businesses in Zacharo tend to realize boom in their sales and revenue usually during festive seasons and the summer every year—from April to October.

The town, which comprises of a population approximately 9,000 in 2011 as recorded by the Hellenic Statistic Authority, has a relatively high cost of living when compared to neighbouring towns.
The population seems to be ageing. Although they are literate, there are still not enough employment opportunities for local residents especially the young labor force. Businesses in Zacharo include farms, supermarkets, hotels and small shops, coffee shops, restaurants, clothing and jewellery shops, bakeries. These are predominately family-owned small and medium-sized businesses.
The apparent and long-existence high valued added tax, VAT— approximated to be averaged over 20%, still remains a serious cost item for businesses in Zacharo. This constitutes a major problem for all the residents of the coastal town who have to pay it either directly or indirectly. 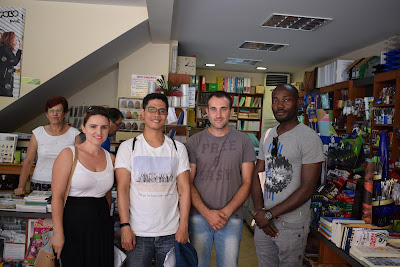 The absent of vocational skills development centre/institute is, with no doubt, one of the main factors for the massive interest in agricultural activities by local residents of the town.  Skilled professionals in the fields of vocational and other tertiary training are insufficient to meet the demands.
Another major issue affecting Zacharo is the concentration of its local economy. Diversifying the local economy could help boasting economic activities and prosperity for all the residents.

Lastly, the need for local farmers to participate fully in international markets via the export of key agricultural products is vital to the success of local businesses and to the local economy at large.