"Dione" in training seminar in Lebanon


Among the participants in the training course “Intercultural dialogue#Re-started” in , from 22 to 30 October, was Ileia’s local development centre “Dione” and its representative ms Marianna Kapelle.
The seminar was attended by youth workers from 5 European countries (Estonia, Latvia, Italy, Greece, Bulgaria) and 4 Southern Mediterranean countries (Lebanon, Jordan, Tunisia, Morocco) for intercultural dialogue and promoting diversity in the afore mentioned countries. 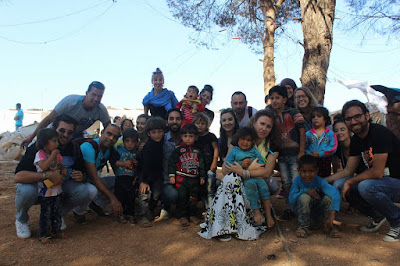 has been in an emergency situation for approximately 40 years, there is no sustainability and the refugees are reaching the one third of the population. Visiting one of the camps to engage in children’s activities as well as one of the old detention centers in the southern-most part of , the feelings were mixed and the European participants came to understand the local reality of a continuously conflicted territory. 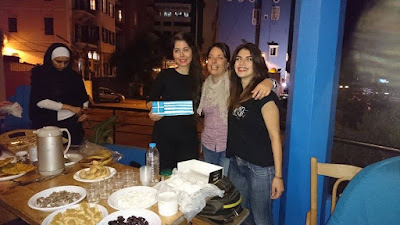 Additionally, there was a visit to one of the AMEL association centers, which are serving the humanitarian cause against all odds.
In this center there was a big event focusing on the ‘intercultural dialogue’ between the ‘Re-started’ participants and migrants/refuges who regularly visit the centers of Amel receiving psychosocial/medical/educational support services.
The event was about sharing real stories from the side of the training participants who were playing the role of the ‘living book’. The visitors of this event came to read the books/stories that they were interested in and interacted with the “living books”.

One of the many activities of this training was when each national group that was attending this seminar presented specific examples of typical hate-speech and challenges related to ‘living together in diversity’ in their respective countries. In addition to the presentation, good practices on tackling the issues were addressed in order to support building a better understanding of other people and working towards reacting on hate-speech and deconstructing violent ideologies. 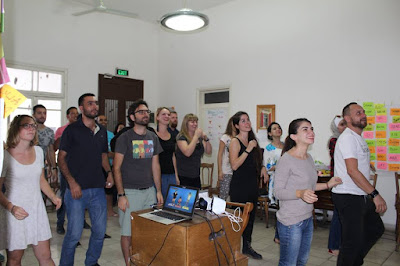 Overall, the training was based on interactive learning through activities and ‘role playing games’. There were many objectives to these activities, including: 1) understanding our own ‘out of conscious awareness’, 2) what it consists of (i.e. assumptions, perceptions, beliefs, gender roles, norms, attitudes, expectations, values, religious beliefs, through process, etc.), 3) realizing the different dimensions of diversity (identity, primary, secondary, organizational, cultural), 4) understanding the concept of inclusion/exclusion, cohesion and what stereotypes, prejudices, discrimination and oppression means, 5) how these concepts are connected, 6) how unconsciously each person acts through these concepts, and 7) how to avoid the ‘Pyramid of hate’ (life-threatening acts, acts of violence, acts of discrimination, acts of prejudice, acts of indirect prejudice, indifference).

All activities and discussions during the ‘Re-started’ training gave each participant the opportunity to share his/her own ideas, perceptions, ideologies and to use tools to un-do specific stereotypes/prejudice/discrimination habits and accept the diverse reality of this whole world. 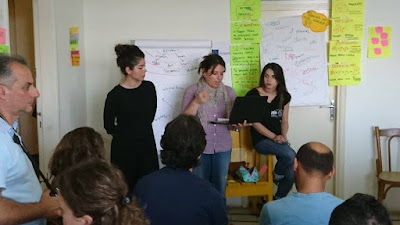 It is worth mentioning that, many times trainers invited participants to write down their thoughts and their key-words of life and to share them with everyone, using these words/messages as a way to change the world, the ‘Re-started’ world. The result was amazing (see below the page that was created with photos and key-word messages from each one of the participants shot in Beirut and is dedicated to the “humans of diversity”:
https://restarted.wordpress.com/humans-of-diversity/).

Last but not least, each national group devoted themselves, as youth workers, to spread the word of ‘no-hate speech’ and ‘promote diversity’ through projects in the respective countries.

The training course was coordinated by Nooruse Maja () and hosted by Amel Association International ().
The project was funded by the Erasmus+ Program of the European Union.