What should Elis (Ileia) learn from Dambovita’s local development in Romania?

4 key-questions to a successful
female mayor

4 key-questions to a successful female mayor with long contribution to the local development and achievements that any modern politician would be thrilled to obtain, were the basis for a fruitful discussion that revealed the similarities and highlighted the differences between Dambovita county in and county in . 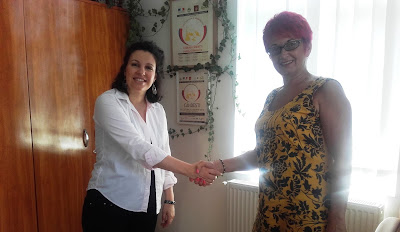 Mrs Popa Georgeta, the experienced and creative mayor who changed the life of Candesti by turning innovative ideas to action, met at the City Hall (http://primariacandesti.ro/) with Vaso Charitopoulou, the founder and general manager of “Dione” local development centre established in Ancient Olympia. The meeting took place during the Advanced Planning Visit as part of the “Green Life for a Healthy Life” project under the frame of the Erasmus+ programme, coordinated by the “Green Teach” Association. 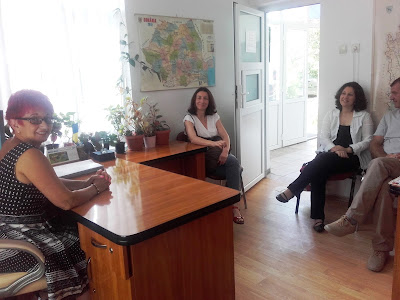 Dambovita is a rural province, famous for the cultivation of apples.
Aiming at increasing the level of motivation to the residents to remain in the region, the mayor is focused on improving the living conditions of Candesti. The milestones of her policy are creating new working places in Agriculture and boosting quality services to the citizens, such as free transport for the residents of Candesti who work in the urban centers of the country, as well as for the school pupils, and free heating, cleaning and maintenance to the schools of the municipality.
The local economy is based mainly on Agriculture, explained the mayor, who proudly described that the condition for co-funded projects by EU is that beneficiaries will remain in the region for at least 5 years after the implementation of each project on the sector of Rural Development.

Beside Agriculture, Education, Culture/ Tradition, and Health, are the top priorities of her local development strategy, explained Mrs Popa Georgeta while displaying on her computer interesting videos and photos of various events, activities and initiatives that she has organized and/or coordinated, with significant social impact. 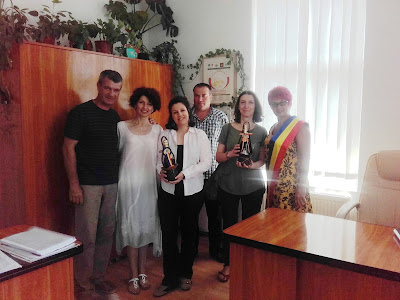 The hard working mayor, being open minded and traditional at the same time, is sending a message to any current and potential future mayor of Elis (Ileia) in Greece: sincere love for the fellow citizens, respect to the oldest generations, cooperation and relations in terms of quality and honesty, are the secret for a successful, long mayoral term.
How close to this concept are the politicians of ?